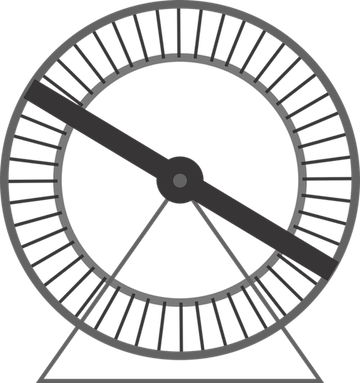 This quote and its variations have been making the rounds on LinkedIn for quite some time now.  Why is it striking such a nerve, and what causes passionate employees to lose their connection to a company?  I worked for a large company for over thirteen years navigating corporate politics and assessing when to bend and when to stand firm with the ever-changing company winds.  Through industry shifts over the years, company buyouts resulting in merging employee hierarchies, the inevitable egoists, power dynamics and at times, very, very long hours, I stayed.  I stayed because I held on to what originally drew me to the company.  I believed in the mission, I shared the vision, and I was genuinely proud to be a part of what I felt was important work.  I believed that all companies ebb and flow and jumping ship when a company has a downturn is like a dog chasing its tail.  It didn’t make sense to me to move to another company that could be experiencing the same troubles eventually and lose the relationships I had built that you only get by committing yourself and putting in the time.  I bought into the “lean in” mentality and truly believed I had the ability to not only help the company survive, but evolve with the times while staying true to the core mission.

But eight months ago I made the decision, and I resigned.  What changed?  Well, the corporate ups and downs were no longer feeling like natural company rhythms.  The volatility of the changes started to create an atmosphere of distrust and insecurity even among the most veteran employees who were one of the companies largest assets.  Employees were leaving in droves, and remaining employees never knew when the next reorg, restructure, RIF, etc. was going to occur.  Of course, this is not a unique phenomenon.  Many companies go through very turbulent times before settling again into a consistent successful rhythm.  As difficult as it is to witness, many companies have employees who have watched amazing coworkers they’ve worked with for years with stellar performance reviews let go – it’s unsettling for sure, but at times, it is about company survival.

But when the turnover is extreme at the highest level, it is difficult to maintain a shared vision and healthy corporate culture.  New leaders come in with new catch phrases for old actions.  In my situation, each layoff period may have been called something different, but one thing was the same: employees were caught off guard- both those losing their jobs and those remaining to pick up the pieces.  I’d go to work in the morning and would be able to tell right away if it was “one of those days” – the IMs start coming in, phone starts ringing, someone crying, who else?, which dept? – One such time, one of the fired employees happened to be a director I was working closely with at the time.  We were deeply involved in multiple projects on a national level, and then poof.. she was gone.  I was not given any type of prior notification that she would be leaving.  What was already a stressful time turned into a daily struggle to figure out how to fill the support gaps that were created.  I had calls coming in from across the country daily, and I went into problem solving, troubleshooting mode every waking moment.

It was during this time, I was placed on a new Solutions Committee. Committee formation and projects were not unusual,  but to say the timing was bad is an understatement.  At the end of our first hour and a half committee meeting, one of the action items was to get my plane ticket to fly to Kansas City which was a central location for the team to meet physically.  I left my office to attend a meeting where we were tasked with poring over company data to try to find a problem that we were then instructed to solution for.  It was a committee of six and we were partnered off to work together in pairs.  Unfortunately,  my partner was unable to attend, so we had to work virtually – my partner, by the way, lived in the same town I live in.  Yes, I sat in Kansas City away from my office with emails piling up and fires smoldering while I worked virtually with a coworker sitting in my original location sharing a screen manipulating company data looking for a problem, so we could move to the next phase of the exercise and create a solution for it.  With the fear created by the multiple layoffs, remaining employees give it their all in the hopes of not being caught up in the next round.   I began to see people leaning in so far they were almost banging their heads together.  Of course, having a Solutions Committee is in itself not a bad idea, but it was just like the restructures themselves – poorly communicated and ill-timed.  These are the types of periods when employees can reach a level of frustration that can only be alleviated by not caring as much.

It is dangerous for a company when employees start to adopt this mindset.  I spend too much time at work to not care about what I am doing.  I cannot just go through the motions.  I have the utmost respect for my coworkers who are still staying the course, collaborating, communicating, meeting, trying, determined to make a difference.  I wish nothing but success for them, but for me, it was time to lean out.